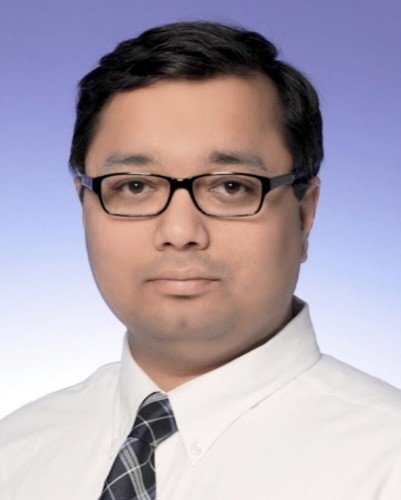 Dr. Kharkar has trained in India, USA and UK. He is a USA board-certified (American Board of Psychiatry & Neurology certified) Neurologist and with a full medical license in the states of Maharashtra, India & California, USA.

Dr. Siddharth Kharkar has trained in the best institutions in India, USA and UK including KEM hospital in Mumbai, Johns Hopkins University in Baltimore, the University of California at San Francisco (UCSF), USA & Kings College in London.

Dr. Siddharth Kharkar graduated from one of India’s best Medical colleges – Seth G.S. Medical College and King Edward Memorial Hospital in Mumbai, India. During graduation, he scored first class in all his medical subjects, including scoring distinctions. He was then involved in neurological research at one of the top medical institutions in the world – the world-famous Johns Hopkins Hospital. Here he was the research coordinator for Dr. Daniele Rigamonti, the vice-chairman of Neurosurgery at Johns Hopkins Hospital.

Dr. Kharkar finished his internal medicine training at Washington Hospital Center in Washington DC, and then a residency in Neurology at Drexel University Hospital in Philadelphia, Pennsylvania. During his residency, he won the “Humanitarian resident of the year” and “Best research project” awards. Dr. Kharkar was also sponsored for the “National Epilepsy Scholars program” during his residency.

Next, he finished 2 years of super-speciality training as a clinical fellow at the world-famous University of California at San Francisco (UCSF). He then was a faculty member at the University of Alabama in Birmingham (UAB) and in charge of the epilepsy division at the Veterans Affairs (ex-army) hospital in Birmingham.

Dr. Kharkar has published numerous neurological research papers, which can be located on the “About Dr. Kharkar” page.

He has been on the medical review board of multiple international journals including “Annals of Neurology” and “Neurosurgery”.

Dr. Siddharth Kharkar has recently started a clinic in Thane to provide these services in Thane also. The clinic is located near Talaopali, next to Maltibai Chitnis Hospital. The exact address and directions can be found here: Best Neurologist in Thane.

Do you need the good neurologist in Mumbai for Epilepsy treatment?

Strange as it may seem, not all patients need the “Best epilepsy treatment”. In most cases, epilepsy is simple to treat. It is controlled with medications and patients do not have seizures.

However, in about 30% of cases, seizures do not stop with medications alone. In these cases, it is very important to monitor the patient to find out the exact cause of epilepsy. It is also important to select medications appropriately so that the treatment of epilepsy can be optimized.

If the patient really has epilepsy that is not controlled by medications, then epilepsy surgery may help in stopping seizures. Dr. Kharkar provides Epilepsy surgery in Mumbai through Nanavati Hospital Mumbai.

In other cases, more than one place in the brain may be producing seizures. Even in these cases, treatment with neuromodulation devices such as the Vagus Nerve Stimulator (VNS) and Deep Brain Stimulation (DBS) can help to reduce the number of seizures that the patient is getting.

The best treatment of Epilepsy, therefore, needs patience, a great amount of skill and trust between the patient and the doctor.

Is the best neurologist in Mumbai needed for Parkinson’s treatment?

Actually, just like Epilepsy, you don’t need the “best treatment for Parkinson’s disease” in all cases. Usually, the disease is controlled with simple medications.

The best treatment for Parkinson’s disease includes not only treatment of the motor symptoms, but also of non-motor symptoms such as falling, sleep problems and depression.

These non-motor symptoms of Parkinson’s disease can make the patient’s quality of life much worse. The good news is that all of these can be treated. All of these need to be properly treated for good outcomes and patient satisfaction.

In a few cases, medications do not relieve symptoms of Parkinson’s disease adequately. These patients may benefit from a treatment called Deep Brain Stimulation for Parkinson’s disease or DBS for short. DBS is a small device implanted into the brain, which helps the brain in passing movement signals to the muscles.

Dr. Siddharth Kharkar offers Parkinson’s treatment in Mumbai at all his clinics in Mumbai, Vasai-Virar and Thane. He also provides Deep Brain Stimulation (DBS) for Parkinson’s disease in Mumbai through Nanavati Hospital.