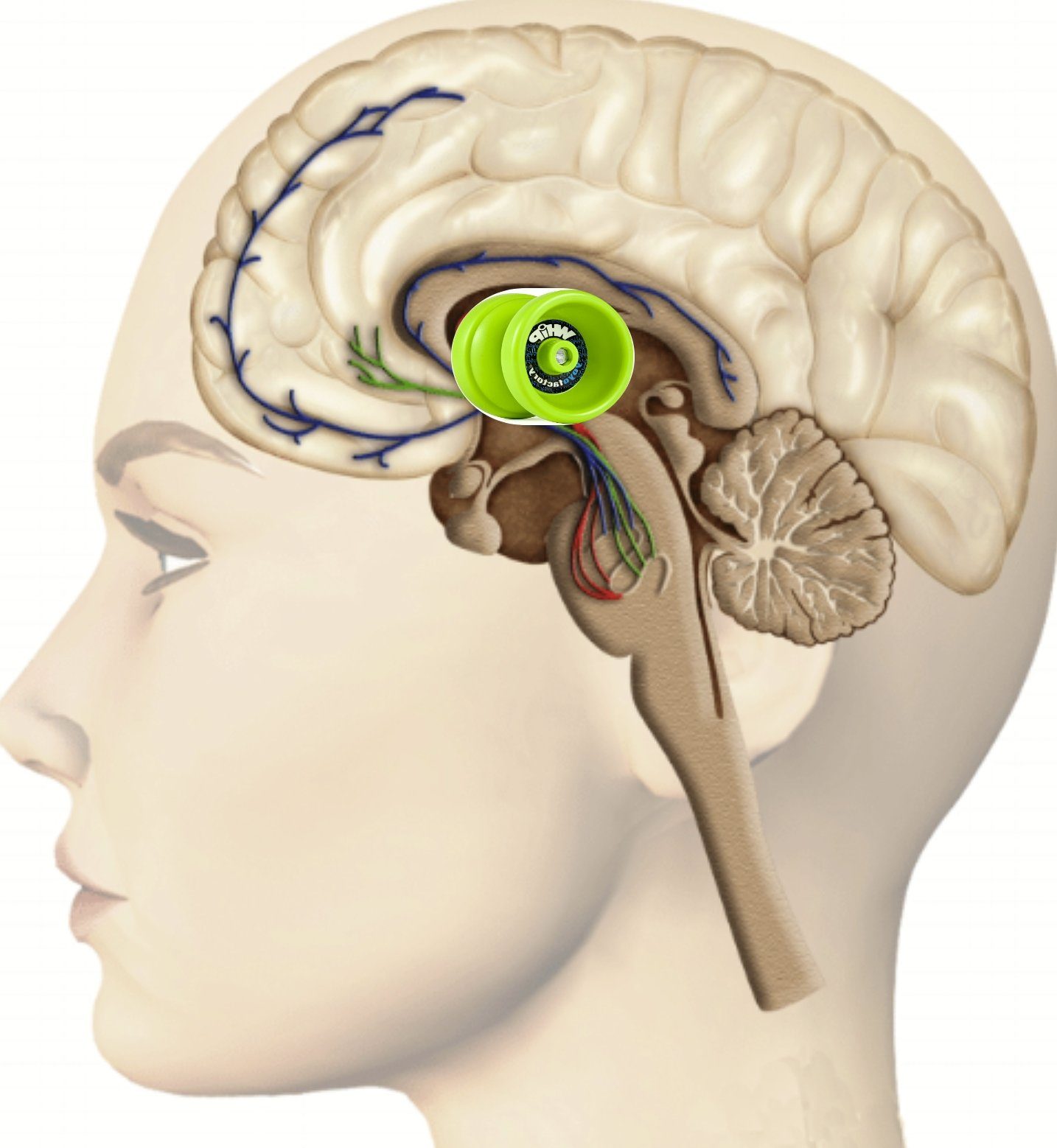 Worldwide, the most common DBS location is a brain part called the Subthalamic Nucleus (STN-DBS). So, most doctors think it is better.

Your doctor will do this thinking for you. He/She will tell you the proposed location.

But, its good to know how he/she thinks!

Let us learn quickly about the pros & cons of these locations.

What do you mean by DBS-Location?

The small brain part is called the DBS location. Many doctors will call it the DBS Target instead.

Look at the picture below.

See the wire going into the brain? The location where it ends is the location that will get the current. That is the “DBS location” (or “DBS Target”)

You could use any location in the brain. But doctors have found two great locations already.

The names of these two locations are:

Where is the Subthalamic Nucleus (STN)?

The STN is deep, very deep, inside the brain.

There is one two STNs. One on the left, and one on the right.

Ok, so close your eyes, and imagine. Two peas, almost touching each other, in the centre of your head, just below your ears.

That’s it! That is where the two STNs are.

What is the benefit of STN-DBS?

Let us say your doctor puts the end of the wire into the STN. And switches on the small current. What happens?

Let us talk about an imaginary person – Mr. Salisbury.

Mr. Salisbury is already taking 12 tablets of levodopa. He takes 3 tablets every 4 hours.

A few minutes after he takes this high dose, he gets nauseous and sometimes starts shaking too much. But he insists “But I absolutely need this dose to function!”

“I know these are Dyskinesias” he says. “But I put up with them because I need that high dose of levodopa to function!“.

That is not all. Just 2 hours after taking the levodopa, it’s effect wears off. Mr. Salisbury goes into the OFF-state again. He almost completely freezes. This wearing-Off is very predictable.

After STN-DBS, Mr. Salisbury becomes ON with only 1.5 tablets of Levodopa. Not only that, the effect now lasts for 4 hours.

But, the effect on dyskinesias is indirect.

What are the side-effects of STN-DBS?

STN-DBS may rarely cause depression or memory problems. But this is rare. Mostly, all it does is to increase severe problems, if you already have them.

So, if you already have these very severe problems, STN-DBS may not be the right choice.

What can you choose instead of the usual STN-DBS?

If you have these problems, and they are severe, you should probably not choose usual DBS.

If depression or memory problems are extremely dramatic, then not having DBS may be considered.

For borderline problems, many doctors consider another target – the GPi. This is called GPi-DBS.

Where is the Globus Pallidus Interna (GPi)?

The GPi is not as deeply located as the STN.

There are two GPis. One on the left, and one on the right.

The GPis are bigger. They are shaped like this yo-yo here.

Imagine a small yo-yo like this, inside your head, just above your ears.

That’s it! That’s where the two GPi are.

What is the benefit of GPi-DBS?

Overall, GPi-DBS causes the same benefits as STN-DBS. But, the way it does so is different.

Ms. Mary is not able to take enough levodopa to decrease his symptoms. She can only take 4 tablets in a day.

Why? Because when she takes more tablets, the body starts shaking too much. Like the video below, posted by a brave patient on youtube. These movements are called “Dyskinesia”.

“I really wish I could take more medication!” says Mary. “But if I try to increase it, this dyskinesia just becomes intolerable!”

Wouldn’t it be wonderful if these bad movements went away? GPi-DBS does that.

After GPi-DBS, Ms. Mary can take 8 tablets per day without any side-effects. Her Parkinson’s symptoms are much better.

After levodopa is increased, will GPi-DBS benefit Mary as much as STN-DBS would have?

Yes. The latest research indicates that the improvement in movements is similar.

GPi-DBS decreases Dyskinesias. It enables you to take enough levodopa. The net improvement is similar to STN-DBS.

So, both lead to the same amount of improvement… what is the fuss about?

Well, you see, GPi-DBS may have fewer side-effects.

The Sub-thalamic nucleus (STN) is part of a system that controls emotions and memory. This system is called the limbic system. So, both emotions & memory suffer when DBS overloads the STN.

The GPi isn’t intimately connected to emotions or memory. Therefore, DBS of the GPi has a lesser chance of producing these side-effects.

Does GPi-DBS have any disadvantages?

Some doctors believe that GPi-DBS is ever so slightly less effective. But, other studies show no difference. Overall, its safe to say that there is no dramatic difference in improvement between STN-DBS & GPi-DBS.

The GPi is slightly larger than the STN. So, it requires a somewhat higher current. This can make the DBS battery run out sooner.

The answer to this question will seem very simple now.

Should GPi-DBS be done in all cases, instead of STN-DBS?

Ah! My friend… so some people have raised the next question.

If GPi DBS is equally effective and has fewer side-effects, why not do it in all cases?

Some authorities have indeed suggested that it should replace STN-DBS as the DBS location of choice.

There are many Antibiotics, because there is a time and place for each one.

There are two DBS targets, because there is a time and place for each one.

Each one of us is unique. We need treatments selected for our uniqueness.

Here are some resources if you want to read further. They may be too technical though.

I know that this information can be overwhelming.

As for all these articles on DBS, I would like to end my article with the picture below. Have a long talk with your doctor. He/She will help you make the right choice.

1 thought on “STN-DBS versus GPi-DBS – Which DBS location is best?”