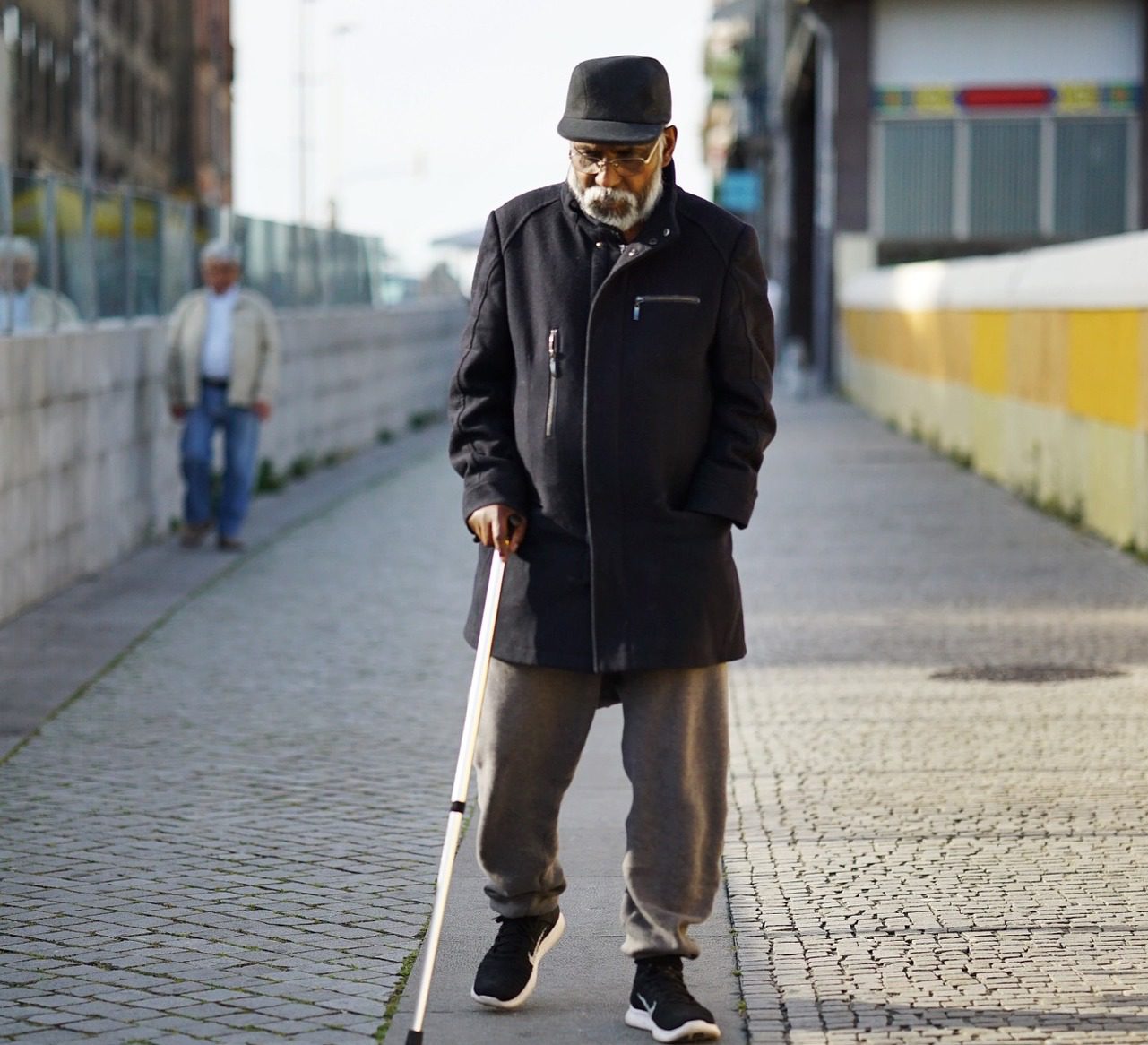 The meaning of the medical term Bradykinesia is “slowness of movement”. He/she has Bradykinesia means that the person walks, talks, eats and even blinks slowly (see video below).

If a person does not move at all, it is called “Akinesia”.

The most common cause of Bradykinesia (meaning slowness of movement) & Akinesia is Parkinson’s disease.

Doctors test for bradykinesia by asking the patient to do various tasks. These tests include tapping fingers rapidly.

The treatment for bradykinesia depends on the cause. A medication called levodopa can reduce bradykinesia in Parkinson’s disease.

These words are from the Greek language.

Here is a video of  a bradykinetic patient, being examined by Dr. Niall Turbidy from the University of Dublin. Most importantly, notice how the lady’s is walking slower than usual. This is called Bradykinesia.

Hypo means little or reduced. When a patient does not move much, he/she is said to have hypokinesia.

A means absent. Akinesia means loss of some or all movements. For example, loss of blinking or normal arm swinging while walking.

But since they are similar, many doctors use only one word in their note.

The most popular word is “Bradykinesia”.

So when doctors write the word Bradykinesia (meaning simply “slowness of movement”), they indicate that the patient has all 3 symptoms described above.

Some doctors may prefer to write “Akinesia” or “Akinetic syndrome” instead.

Reference / Extra reading:
1. Marsden’s textbook of Movement disorders
This is the “bible” of movement disorder specialists. Although possibly too complex for individual patients, Chapter 3 and Section 3 in the book beautifully describe the terms discussed here.

This paper describes how the meaning and usage of these terms has evolved. A fascinating read, but very detailed.

You may have the following symptoms of Bradykinesia.

You may yourself notice these Bradykinesia symptoms. Sometimes, it is your friends who might bring your slowness of movement to your attention.

In the morning, when you are trying to stand up from the bed and walk, your feel might feel stuck to the ground. It may take longer to take a bath and get dressed.

Doing fine tasks like buttoning of shirts and writing may be difficult. Doing any movement may need you to make an extra mental effort.

You may get left behind when walking in a group. Your spouse may complain of you taking too long to get ready.

It is easy to attribute bradykinesia to ageing. This is a mistake.

Early evaluation by a doctor is critical. A doctor can confirm bradykinesia, and treat it in time.

How do doctors test for bradykinesia?

Tests for bradykinesia do not need special instruments.

The doctor will ask you to perform certain tasks. Some of these are:

During this time, the doctor notices:

Here is an excellent video of Dr. Kathleen Poston from Stanford University demonstrating the tests done for bradykinesia.

As noted before, your doctor may write a single phrase (for example “akinetic syndrome”) to describe all these symptoms.

I think, now we know the answer to the question: What is Bradykinesia?

Let us look to an even more important question: What causes Bradykinesia?

What are the 8 causes of bradykinesia?

Parkinson’s disease is the most common cause of Bradykinesia.

Bradykinesia meaning simply, slowness of movement, may also be due to other causes.

Some patients who walk slowly may not have “true”-bradykinesia at all! They may be walking slowly because they are afraid of falling down. This “cautious gait” is due to a problem in the balance system of the body.

Thus, it is very important for the doctor to confirm that you have “true”-bradykinesia.

Even if you do have truly slow movements, you may not have Parkinson’s disease.

Other than these 4 symptoms, patents with Parkinson’s disease have other symptoms too.

If your only symptom is slowing of movements, you may have another disease.

Here are the 8 causes of Bradykinesia

Even amongst these conditions, only the first 3 conditions can truly be called “Bradykinesia”. This topic is discussed in greater detail here: [Diagnosing Non-Parkinson’s causes of Bradykinesia]

Can Bradykinesia be reversed?

Bradykinesia decreases when the underlying disease is treated.

Patients with Parkinson’s disease are deficient in Dopamine. A medication called levodopa increases dopamine inside the brain. Levodopa can cause dramatic relief of bradykinesia in these patients.

Other diseases causing slow movements are treated differently. For example, the following therapies are effective:

Do not ignore Bradykinesia. Do not be scared by it.

Go to a doctor and get evaluated. Do not deprive yourself of effective treatments.