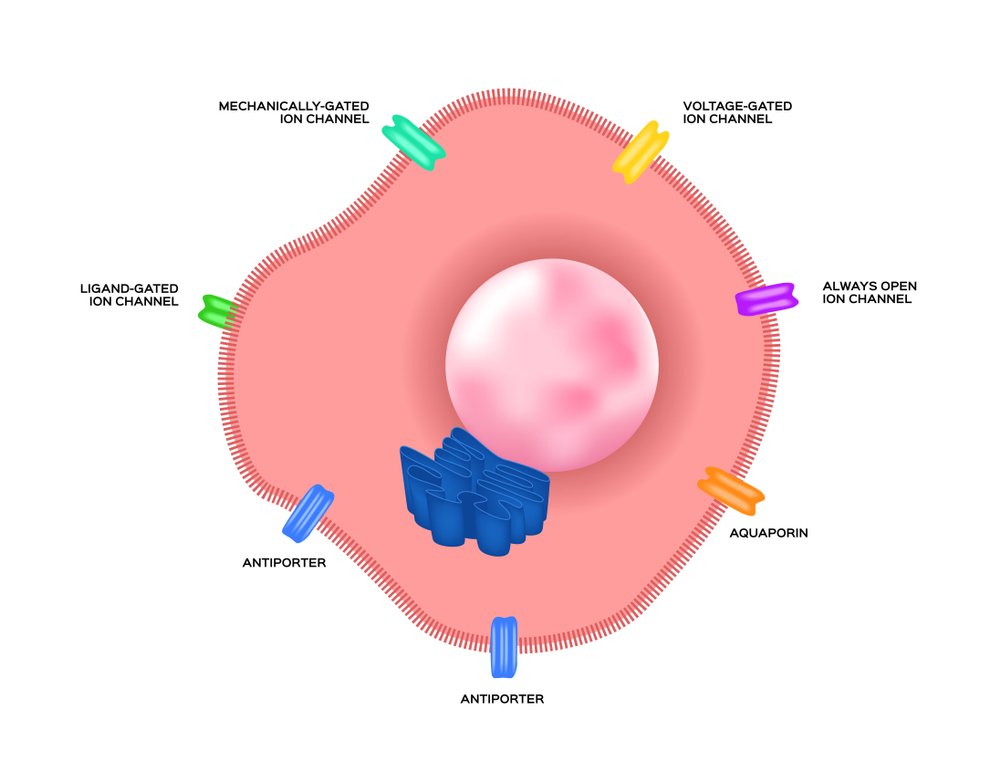 We have previously defined a seizure as follows:

A Seizure is a brief, uncontrolled surge of electricity resembling an electrical storm.

(Read more here: What is a seizure?)

and Epilepsy as follows:

Epilepsy is a tendency of the brain to have Unprovoked seizures.

(Read more here: What is Epilepsy?)

But, what causes the Brain to develop this increased tendency? Is Epilepsy something that you are born with? Is it something that happens due to injury to your Brain?

Let us talk about these causes.

Is there a single cause for Epilepsy?

The cause for Epilepsy is different in different people. Epilepsy may be caused by Abnormal Development of our bodies and Brain before we are born, or by injuries to our Brain after birth.

For the sake of understanding, allow me to divide the causes into 5 groups:

The first 3 categories are due to abnormal genes.

Our Brain is made up of millions of minute cells. Each one of our cells has little tunnels called “Channels”. These tunnels act as gatekeepers. They can let substances such as potassium and Sodium into the cell, and can also throw these substances out of the cell.

A problem with the “Channels” on the cell is called a “Channelo-Pathy”. The word “pathy” means disorder.

If there is a problem with one of these channels (Channelo-pathy), the cell can become excitable. Most commonly, the problem is with the channel for Sodium.

For example, if there is a problem with the channel that regulates Sodium, too much Sodium can enter the cell, and the cell can start throwing small surges of electricity. A lot of cells throwing minute surges may cause a HUGE SURGE of electricity in the Brain – a Seizure.

Have a look at the short list below – this is just to illustrate the concept and not for memorization. If you’re interested, you can see a more comprehensive list by clicking here (Spillane et al.).

The outer surface of the Brain is called the “Cortex”.

This exquisite arrangement is critical for proper brain functioning. If this arrangement does not correctly form before birth, abnormal electrical connections can be created, like two electrical wires crisscrossing each other. The resulting short circuit can cause electrical sparks/surges in that part. These surges can then spread throughout the Brain producing a HUGE SURGE – a seizure.

Let us briefly discuss some of these problems with the structure of the Brain:

In both these conditions, the number of folds of the Cortex (the wrinkles) are reduced. Therefore the surface of the Brain looks smoother than usual.

“Poly” means many, “Micro” means small, & “Gyri” are the folds of Cortex = Many small folds

In this condition, there are too many folds of the Cortex! Therefore the surface of the Brain looks exceptionally wrinkled.

While the Brain is developing, the cells of the Cortex may not form properly and get arranged haphazardly. Usually, this involves only a part of the Brain (Focal) rather than the entire Brain. The Latin word for abnormal formation is “Dysplasia”.  Therefore this disease is called “Focal Cortical Dysplasia” or FCD for short.

Frequently these abnormal cells get stuck in the mass of cells called the “White matter” instead of reaching the Cortex. They formed nodules below the Cortex. Heterotopia in Latin means “Abnormal Movement”. Therefore, this disease is called “Nodular Heterotopia.”

As can be imagined,  “Focal Cortical Dysplasia” & “Nodular Heterotopia” commonly occur together, but each one can also happen separately.

Tuberous Sclerosis is a disease in which patients have white patches on the skin and nail and eye abnormalities, in addition to seizures. In this disease, the Brain has multiple abnormalities. One of them is strange blobs of cells in the Cortex with scarring and calcification which produces large bumps on the surface of the Brain. these are called “Cortical Tubers.”

The temporal lobes are the part of the Brain below the ears. Sometimes, the inner side of this part develops scarring.

For example, in Sturge-Weber syndrome, patients have a stain on their face due to too many blood vessels. But below that lesion, they also have a severe overgrowth of blood vessels on the brain surface. Below this overgrowth of vessels, parts of the Brain may develop scarring and calcium deposits.

A third example is that of an AVM.

There is a vast number of such diseases. I can’t describe all of them here, so I will just attach a nice table from an authoritative technical article on the subject. You can click on the image for a larger version. You can read the full paper here (Sharma et al. 2017). 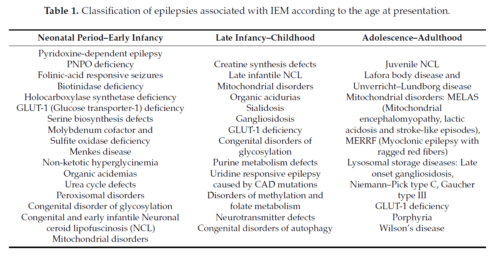 Allow me to make a few points before I close this topic:

If your doctor suspects such a condition, he will probably order tests in a step-wise fashion. An initial set of such tests is given below. For understanding the rest of the tests, you may want to read the excellent original paper here (Karnebeek et al. 2018).

Any injury to the brain after birth can lead to scar tissue formation. This scar tissue and the resulting cross-connections can be a source of Seizures. Also, iron in the blood is highly irritating to the Brain – if iron comes in contact with Brain, it can irritate the Brain into having a Seizure.

Some examples:
– Brain tumours including Meningomas, Glioblastomas etc
– After a brain infarct / Stroke
– After bleeding inside or on the surface of the Brain (haemorrhage)
– After motor vehicle accidents
etc….

We are just starting to learn more about this phenomenon as a cause for Epilepsy. I will talk about this briefly because at this time this is considered to be a rare cause of Epilepsy.

Sometimes, our immune system makes a mistake. It thinks that parts of our Brain are bacteria/viruses. Therefore, the immune system begins to attack these parts, which are frequently on the surface of cells.

These parts on the surface of cells are called “Receptors”. Depending on what kind of Receptors the autoimmune condition may be called “NMDA-receptor Encephalitis” or “AMPA receptor encephalitis” and so on – Complete list here: (Rossling et al. 2020)

Autoimmunity and inflammation may also play a role in all of the causes described so far – but that is a story for another day.

Suppressing the immune system (for example with steroids) may be very helpful in some of these people.