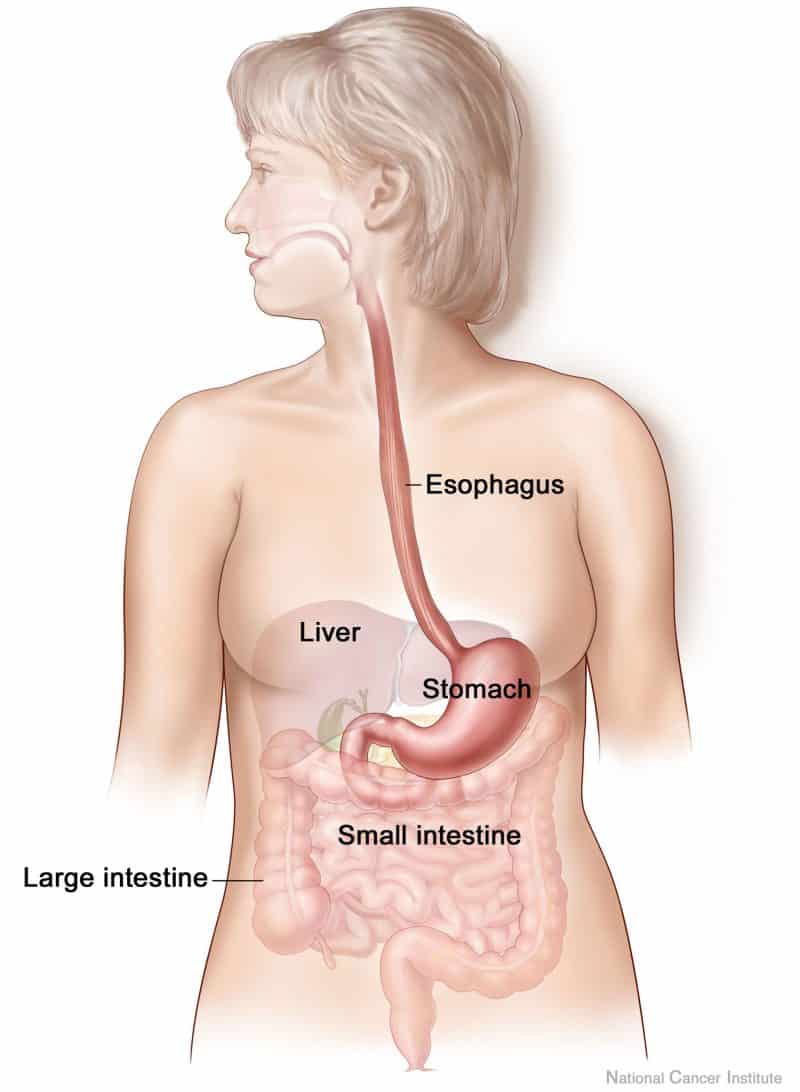 Do I have Parkinson’s disease?

It is essential to get evaluated by a specialist neurologist to be sure of the diagnosis of Parkinson’s disease. I do provide a simple tool for testing yourself for symptoms of Parkinson’s disease, which can be accessed from the main page. However, this is mostly a memory aid and should not be used for clinical purposes.

All clinical diagnoses and treatment should be done only under the direct advice of a certified doctor.

We will go step by step.

First, let us understand how normal movement works: The front of the head is the part that decides to make a movement – this is our free “will”. Then the mid-portion of the brain (above your ears) sends the signal to execute this movement.

But before this signal reaches our muscles, it has to pass through a complicated maze of circuits deep inside our brain that is called the “Basal Ganglia Circuitry” (see image). This circuitry modulates movement, making it smooth and precise. 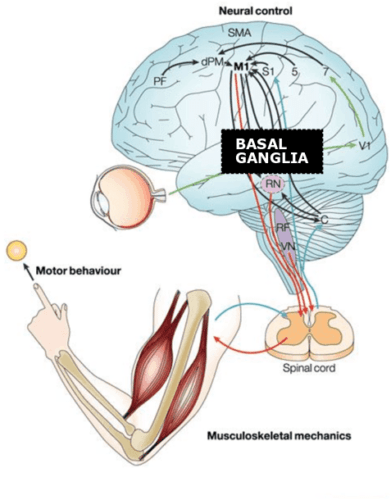 The substantia nigra is an important part of this circuitry. It is located at the back of the head, just above the neck. It produces a chemical called “Dopamine” – remember the name of this chemical, it is very very important: “Dopamine”.

This dopamine travels forwards, deep into the brain, and helps the basal ganglia circuitry operate correctly.

Although there are many such movement problems in Parkinson’s disease, the three most typical are:

This combination of motor problems is called “Parkinsonism”.

What causes the death of dopamine-producing cells? What other processes can cause Parkinsonism?

In a minority of cases, the reasons for the death of dopamine-producing cells is known:

1. Toxins: In rare cases, the destruction of cells may be due to ingestion of toxic substances like MPTP & rarely pesticides. However, this is believed to be very, very rare. This kind of Parkinsonism probably occurs only in certain people such as industrial workers and iv drug abusers.

2. Genes: Some patients may have faulty genes that lead to the gradual death of these cells. Several such defective genes including PARK-1, PARK-2, LRRK2 etc. have been identified. However, genetically inherited or familial Parkinson’s disease is also relatively rare – only about 10% of cases have a family history of Parkinson’s disease.

3. As part of another disease: For example, the death of these cells can occur as part and parcel of a more generalized destruction of cells in the brain. This happens in diseases that cause dementia, such as Alzheimer’s disease, and other illnesses called “Diffuse Lewy Body disease” & “Frontotemporal Dementia”.

4. Medications: Some medications can cause symptoms like Parkinson’s disease. These include medications used for vomiting (metoclopramide, levosulpuride, high doses of domperidone) and for psychiatric problems (haloperidol, risperidone etc).

Medication Induced Parkinsonism is further explained in another article.

Do the reasons above explain most of the cases?

In most cases, no apparent reason can be identified for the destruction of Dopamine-producing cells. This is called “Idiopathic Parkinson’s disease”. The word “idiopathic” means “without a known cause”.

Are there any theories regarding the reason for Parkinson’s disease?

As noted before, the cause for destruction of the Dopamine-producing cells in most cases (almost 90%) is not known. What could be the cause of this destruction? If only we could find this cause, it would be a revolution in the treatment of Parkinson’s disease!

Of course, scientists are working furiously to find this answer.

There are a few theories:

Many scientists believe there is no single cause for Parkinson’s disease.

An interesting theory that has come up recently is that at least some forms of Parkinson’s disease may be caused by a viral infection that starts in the gut.

Is Parkinson’s disease the result of a Viral infection?

Constipation is a very early symptom of Parkinson’s disease. This constipation may be due to a viral infection of the intestines. From the gut, the viruses gradually move towards the brain through a large nerve called the vagus nerve that connects the intestine to the brain. Such a process is known to happen in other diseases such as Polio.

The theory is, when the viruses eventually reach the brain, after many years, they cause havoc and destruction of the substantia nigra.

This is a fascinating theory that is rapidly gaining traction. Recently, scientists have successfully demonstrated that viruses and their even smaller cousins called prions are present in the vagus nerve and in the posterior part of the brain in Parkinson’s disease patients (Dourmashkin et al. 2018).

These are compelling questions which may revolutionize the way we treat Parkinson’s disease. Only time will tell us the answers.